Save Abelardo to your Collection. Register Now! 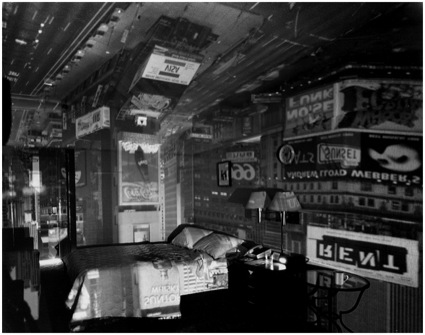 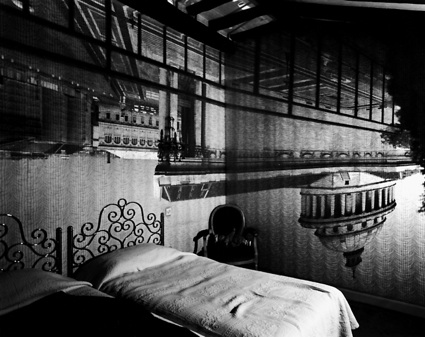 Abelardo Morell’s photographs remind us that photography is more about how we see than the tools we use to create it. As we become ensconced with computer technology, more and more artists are returning to the past, working with processes and instruments more than one hundred years old. Morell is one of those artists who burst onto the scene with a series of images made with a camera obscura — a lensless camera most often associated with Renaissance artists.

Morell takes an ordinary room – his living room, his son’s bedroom, a hotel room — and transforms it into a camera by placing black plastic over all of the windows, leaving a 3/8″ hole through which the light passes. He then sets up his view camera in the room, points it at the opposite wall, opens the lens and lets the image appear on the film over the next eight hours. The result of his endeavor is a magical world which fuses outdoor elements with domestic scenes, allowing the viewer to see the existing reality outside the window. Morell has transformed many rooms into cameras, recording the Empire State Building inside a bedroom, Times Square onto the sterile walls of a Marriott hotel room, and a view of Brookline onto the walls and ceiling of his son’s bedroom, as trees and buildings interact with toy dinosaurs. These are extraordinary images alter our perception of reality and our placement in it.

"hey,your page is super intersting.i Added your posting.Hope to read a lot from you in the future!"
"Hi All. Nice forum.happy to be here and hope to be more involved. thanks, Mickael Ã¤Ã«Ã¸Ã¥Ã©Ã¥Ãº Ã±Ã¥Ã¶Ã©Ã­, Ã¤Ã«Ã¸Ã¥Ã©Ã¥Ãº Ã§Ã©Ã¬Ã¥Ã'Ã© Ã¦Ã¥Ã¢Ã¥Ãº"
"Abe's work is amazing. His various subject matter becomes so powerful in it's otherwise hidden and quiet world and Abe is finely tuned to not only find it, he is also with great talent able to capture it." 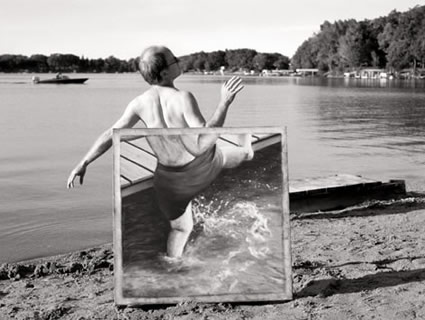 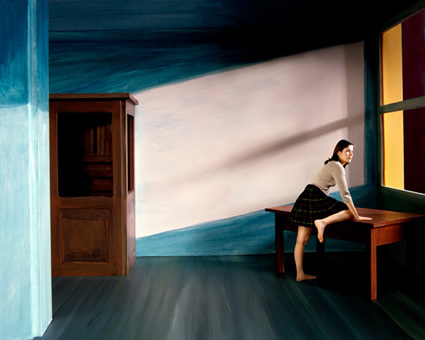