Save Robert to your Collection. Register Now! 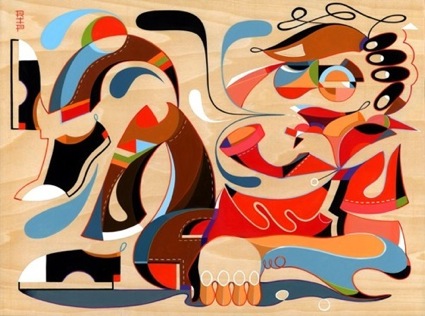 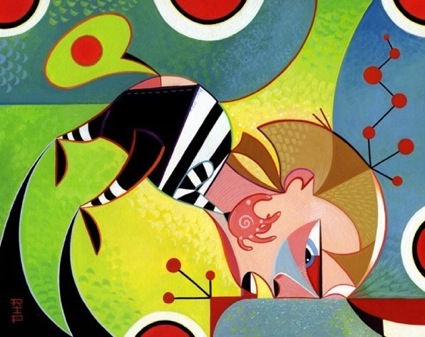 Robert Pokorny aka RIP has been doodling in art since he was a day dreaming boy and was influenced at a young age by such visuals as Wacky Packages, Looney Tunes, and Mad Magazine. Robert’s art has been described stylistically as work that turns on every dime, quirky, engaging, a high quality of imagery with a visual ambush that catches the viewer off guard.

His illustrations have been published in Magazines, Newspapers, CD’s and Band Poster’s. From 1995 to 2007 and due to his love for music Robert created posters for such bands as Sonic Youth, Taj Mahal, Jimmy Eat World, Jack Johnson, Rilo Kiley, Iron & Wine, Josh Ritter, Damien Rice and many more.

I am not a visual artist. And I am probably the last person who ever leave a response on a site such as this, but I do believe that art is all about evoking a response. I've had this little google widget on my homepage for several months now I usually don't give the works that are presented a second thought. This work did get a response out of me so I just wanted to say that thought it was really cool. As lame as that may sound. Whatever. Screw you guys. I like it. And I don't even know why. so, screw you guys again.

Let us please leave Mr. Picasso in his grave.

I enjoy getting a smile from having to visually dig out each painting's humour.

Don't Flip, Rip is cool and he is hip. He use to be retro (50'60's) but now he has the whole 20th Century for his play ground. To quote RIP:
"His paintings draw on an abstraction of the figure, with references from personal experiences, contemporary culture and merging historical art."
This is post-modern art which means contemporary but not Modern. The modern art movement ended about 1970's with the conceptualist. Post-Modern is contemporary but not modern art. Contemporary means NOW. Modernism is being resurrected as nostalgia. Whewww!
Mr. Polansky is aware of what he is doing and who he is quoting. His art is full of jokes.Comedy galore. So one can be erudite and no fun or one can not worry about that stuff I wrote above and have fun with the loops and patterns and mystery of 'just what is that thing" Visual crossword puzzle.

The worst thing I can say about RIP is that he has a gift for decoration but comes up short on content.
He's a lot of fun but is there really some thing he is trying to say to us. Nope. I guess RIP is dessert and we'll have to get our entree someplace else.

love this stuff you do. it's a bit picasso, modern and trippy. don't stop you will develop into a force to be recognized.

are we seeing the rebirth of Cubism

Wow Wow Wow. I am just proud of you. Where did you hide all these talents?
Really am happy. 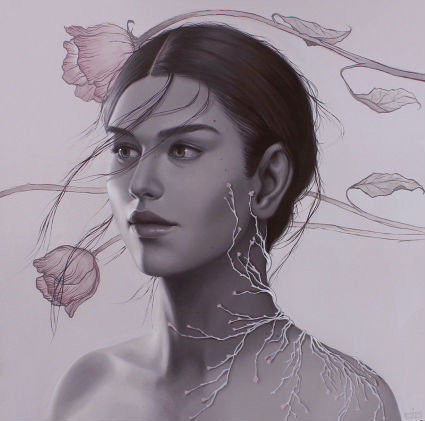 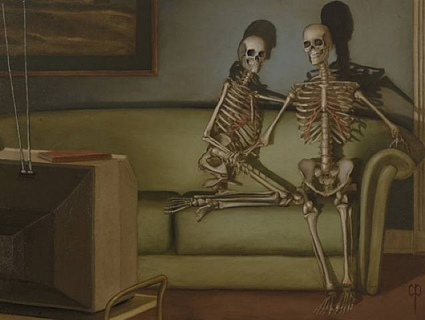