2 total shares. Be the next!

Save Brian to your Collection. Register Now! 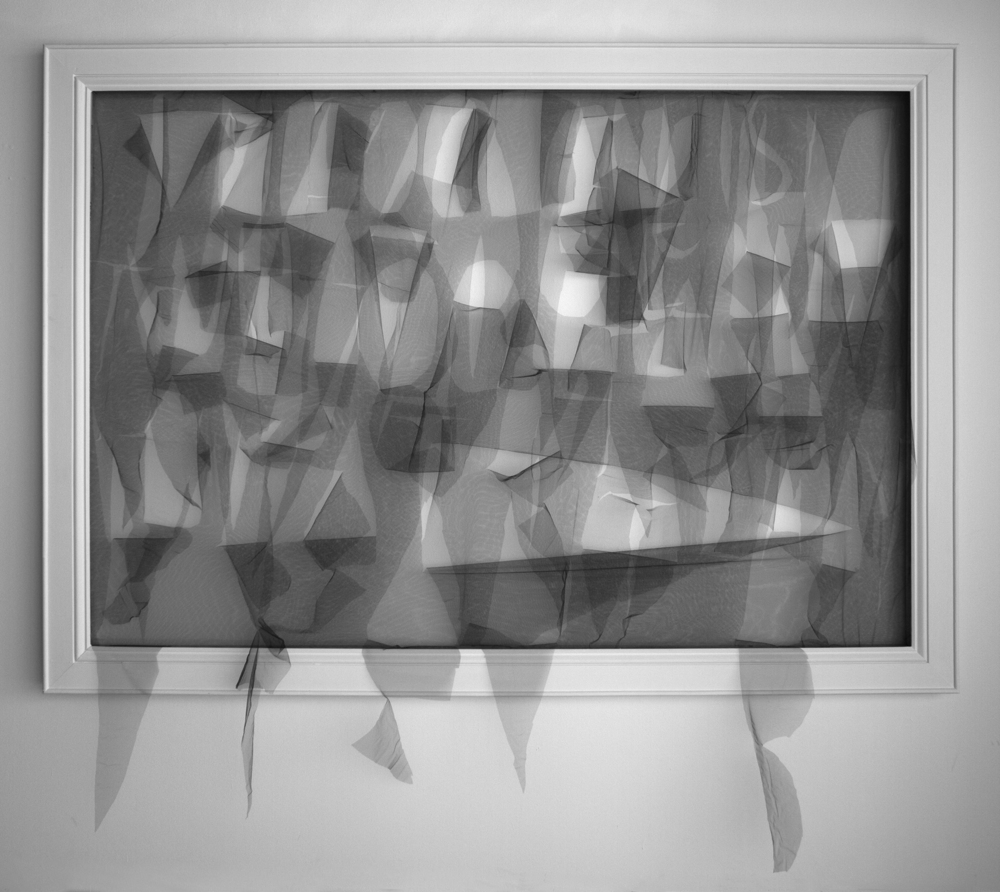 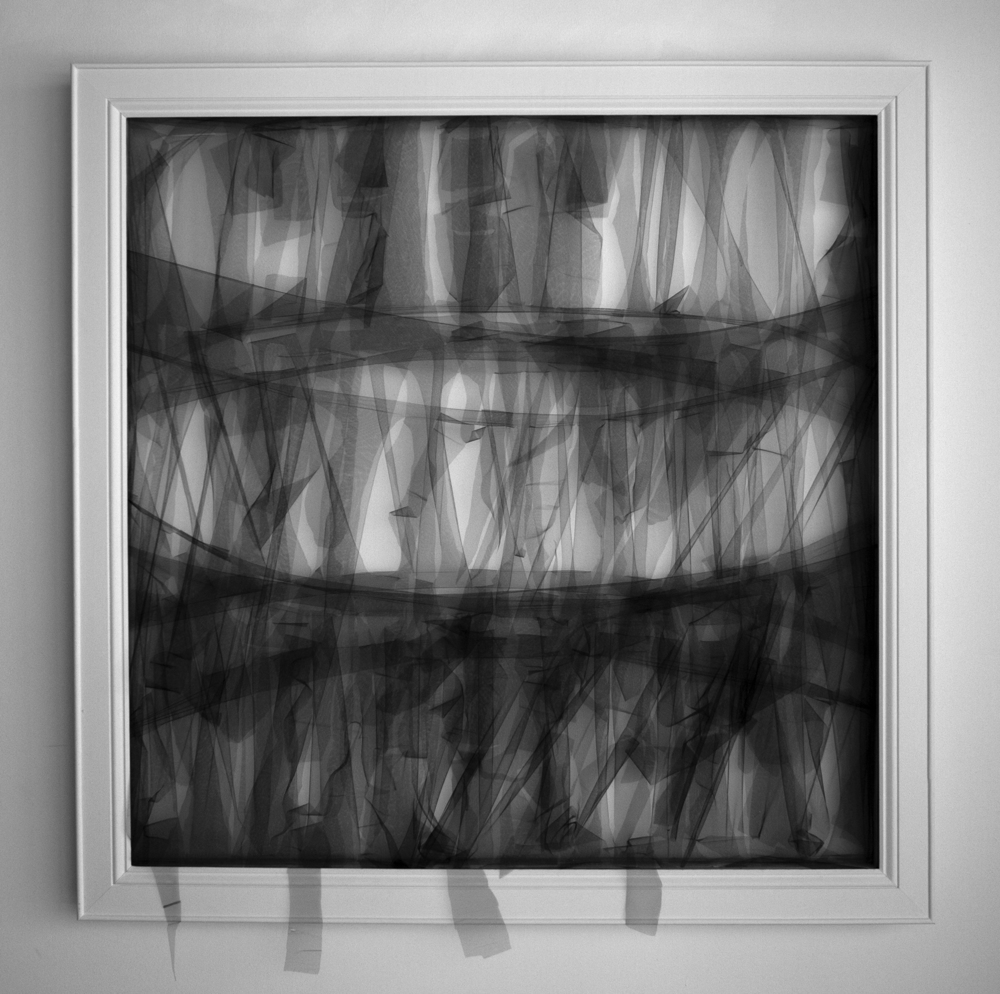 Brian explains his work by saying, “My recent work exists in a boundary-zone between painting, drawing and sculpture. My investigations began in painting, especially geometric and gestural abstraction, but have evolved into a more interdisciplinary practice involving the languages of drawing and sculpture. The material supports of my recent work project into and recede from the space in front of the picture plane. In the monochromatic tulle works especially, value composed of the interaction of light, shadow and the translucent material of the work creates a kind of drawn space. The tulle works are made by attaching layers of cut tulle to a wooden frame; each layer is separated by a thin strip of wood. The overlapping weave structures of the fabric layers create interference (Moiré) patterns. These patterns change as the viewer moves, resulting in a kind of moving image. Under directional lighting, the tulle casts a shadow barely distinguishable from the fabric itself, which doubles the forms in the work, suggesting depth when seen from a distance. The words I choose are significant; often taken from literature, they are words that I carry with me and that reappear in my consciousness with some frequency. Through repetition in my mind and the repetitive cutting-out of the words, I often learn something about what they have to say. The titles of the works reproduce the words written in them. “

"Interesting."
"nice use of shading - very contemplative"
"beautiful , beautiful work !!!!"
"I like this work!"
"nicely done, but not my taste"
"Interesting composition" 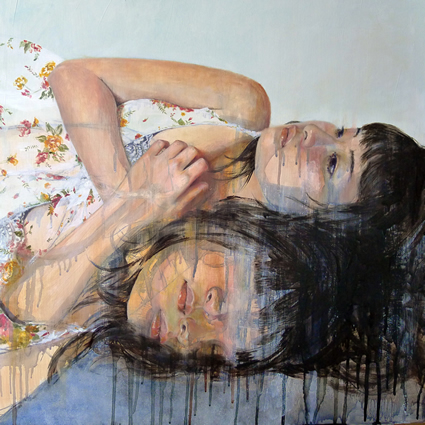 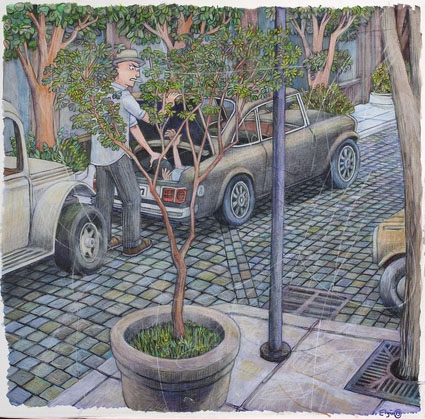