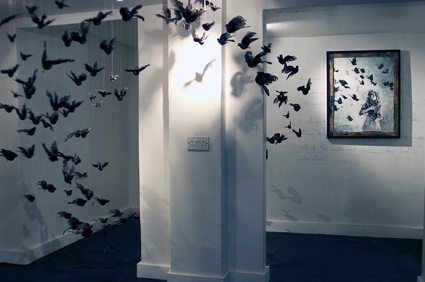 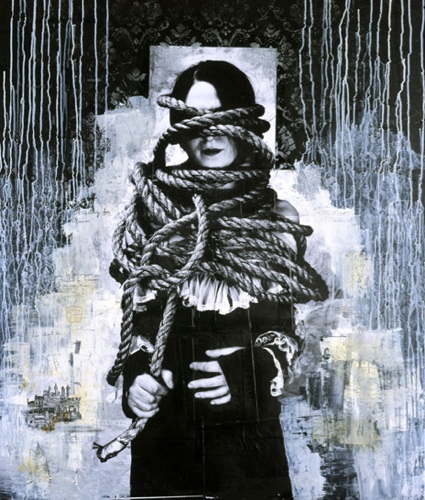 David Hochbaum’s art is the construction of paintings built on photographs and images that are not only the contemplation of human behavior, but also a reaction to history, astronomy, sex, and iconoclastic symbols. While maintaining dialogue with his own behavior, each picture produces a vision from his private world bound to elements and symbols. An exposition of women and men caged in a world constructed by natural elements and surrounded by foreign symbols. Artistic craftsmanship of the captured image married with the depositions of alienation war with archetypal roles of gender, age, and reason. The figures in David’s work seek a balance between the static and kinetic forces of a very surreal and psychosexual environment in which they dwell.

David Hochbaum’s medium is built from a melange of wood, metal, and paper, both photographic and printed matter. Each work is painted with oil, acrylics, varnishes, pencils and inks.

These images are layered physically as well as historically, combining the figurative approach of the 19th century photographer with the medieval alchemist projected through the eyes of a 20th century cubist.

Show all reactions
"i LOVE these. Their awesum."
"Very gothic! luv em! :) I wana b a goth soooo bad my momwont let me thou :("
"love the emotion and expression in both."
"The artist's compositions makes profound statements on many fronts. I like composition number one (1) very much."
"very good, keep up the creative work. the world is suffering a drought."
"I don't like it. I do enjoy it."
"I really like ur work. You have a very imaginative feel for life obviously and see things probably different than everyone else. I like how you put that feel of abstractness into ur work for the rest of us to see. it is very awesommmeeee"
"you are DOPE! i love love love your website too. so dreamy, deep, and magical.xo"
"I don't know much about art, but this struck me as one of the neatest things i've seen in a while."
"So cool... an indifferent feel to it. I like it a lot." 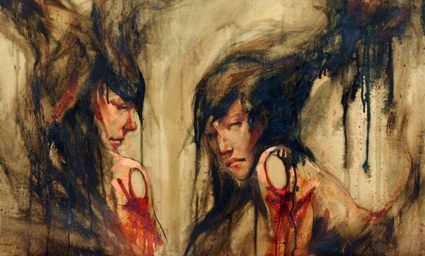 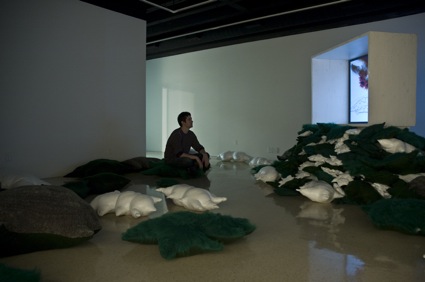