Save Alan to your Collection. Register Now! 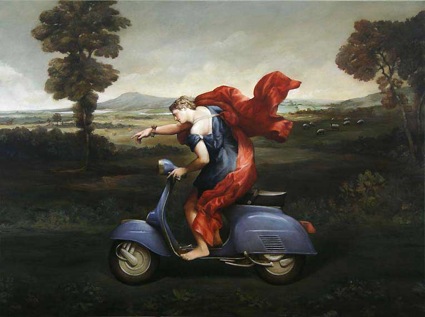 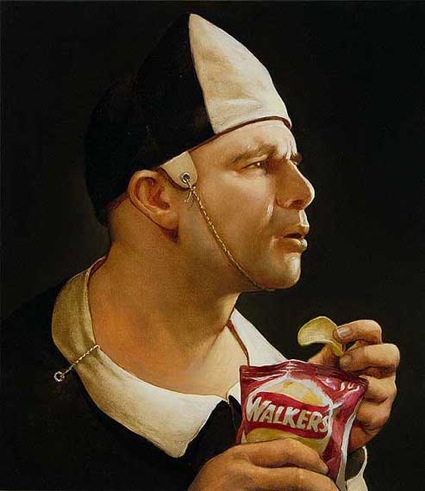 There is a cool, quiet elegance to Alan Macdonald’s paintings, which belies the disequilibrium at their heart. His figures, grey eyed and dreaming, might be time travelers, drawing distant cousinship from the portraits of Rembrandt or Frans Hals. His bucolic northern landscapes lay claim to an equally venerable artistic heritage. But if an accretion of the art historical past informs his imagery, it is transposed into a world where confidence has been lost, where the spiritual beliefs and myths which once bound man to nature, and through nature, to the divine, fail to connect.

Frequently, single letters or words, even meticulously copied dictionary definitions, are added to the sections of a painting, as if language might hold a key. We follow through the a,b,c, trying to piece together the jigsaw, but language proves as fallible as any system by which we structure our existence, and we are left with a series of miswired lexical circuits. Is a landscape “an area of land regarded as being visually distinct,” or is it “a painting, drawing, photograph etc. depicting natural scenery”” Macdonald lets both definitions stand. Though he would not call himself a surrealist, like Magritte, he points up the ambiguities surrounding real objects and their images in art, encouraging us to consider his work as more than a simple pictorial narrative.

The otherworldly characters in his series of portrait heads have the look of forgotten pilgrims, bonneted and constrained by cords like the followers of some perverse form of Puritanism. Each is neatly titled according to a state of mind: hedonist, altruist, sadist. We read the titles and search their waxen features, hoping to discover their soul in the curl of a lip, or the tilt of a chin. Despite this attempt at self assertion the figures remain isolated, pinned down by their cords, as if by the codes and strictures of society.

These are beautiful paintings, all the more potent for their distilled sense of calm. Macdonald gives us no answers, but the questions he raises about the search for faith and identity in a difficult modern world touch a nerve, and in the faces of his pilgrims, we recognize ourselves.

Show all reactions
"i have a folk art picture with bright colors and big eyed animals that is by alan macdonald. could it possibly be the same artist featured on your website?"
"wow."
"this is so amazin because its funny yet it is painted so beautilly. most beatiful paintngs have a dark side or they are kinda boring but this is a very different twist"
"Lol. These are funny, so creative!"
"I truly enjoy the fact that the artist involves the past and presant"
"Hilarious. :)"
"i love this is extremely creative and artistic."
"I really liked your work that I saw on Google."
"I forgot all my art school talk & just sat back and enjoyed it completely!"
"Amazing brushwork- have you been compared to John Currin?" 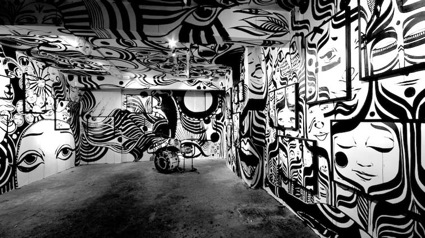 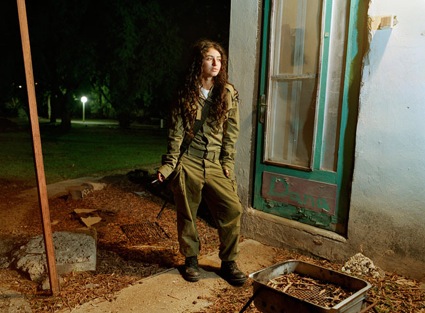