Save Christopher to your Collection. Register Now! 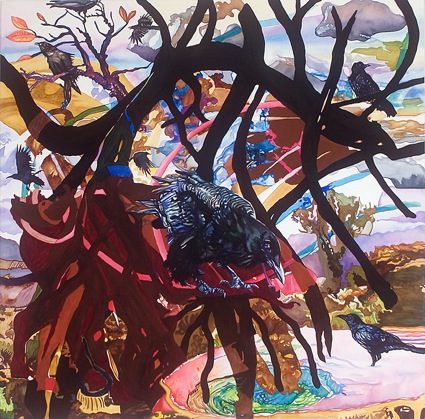 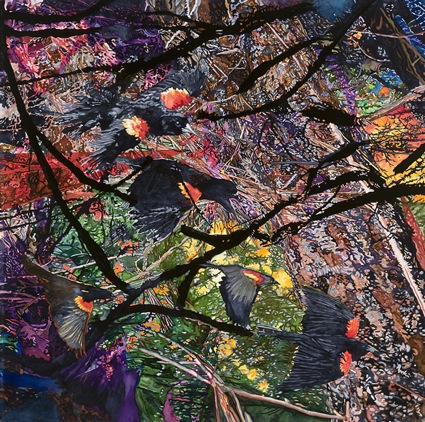 My work is principally concerned with contemporary man’s mutable conception of Nature. Growing up on the rural Delmarva Peninsula, I became acquainted with the local flora and fauna at a young age. Whether working at field chores, hunting, fishing or simply playing, many of my experiences in the “natural” world were similar to those of Lewis Carroll’s Alice. Carroll’s premise, that “things get curiouser and curiouser,” guided me through many a childhood adventure; I anthropomorphized animals and cast them as key players in an epic production, of which I too was a part. The natural world was enchanted and, although by no means idyllic, ethical in an unsentimental way.

The Scientific Revolution, beginning in the 16th century, distinguished between storied or subjective meaning and hard facts. Over the next three hundred years, an increasingly educated populace abandoned enchantment, myth, and magic in favor of analysis and rigorous experimentation. So, too, did my love of Nature evolve into a fascination with biology and behavioral science. By degrees, however, I became aware of an unfortunate divide between the imagination and reason, particularly as related to natural history. The English poet and critic, John Ruskin, alluded to this schism when he wrote of “the broken harmonies of fact and fancy, thought and feeling, and truth and faith.” (1) Even as we seem to know an increasing number of facts about Nature, we comprehend less of it.

The current body of work is borne of these ideas and questions, but also responds to our contemporary cultural and political climate: extremism and philosophical relativism thrive today, symptomatic of an ailing faith in reason and idealism; the global populace is increasingly uncertain and insecure; we embrace hybrid cosmologies, mixing our traditional stories and religions with science, consumerism and imported narratives. I call this world-view hysterical transcendentalism. The animals and the hallucinatory landscapes depicted in my paintings are both specific – representations of a species and place – and metaphors for the human condition.

Good work, i like your stament too, the only thingh that in my opinion isnt to clear in your paintings, is like you say "metaphors for the human condition", but its a nice work.

We own two of Chris's pieces and have enjoyed their energy and complexity -- they, like nature, never grow old.

Ah! So much of youth and youths activity here, the artist must be young or most certainly younger than myself. Alot of activity within. Virility? The mind of the artist is a 'curious' thing. I had no choice but to run out and marry one. A great fan. I am most impressed; mostly of this artist's mind. THAT is an adventure for the one with resolve to look deeper.

Nice visual interpretation of Ruskin's statement. By bringing the image right to our eye, clarity is lost and found in the same moment. Happy Birthday.

I'm surprised to find myself drawn to this work. At first glimpse it felt like it was full of anger savagery. But after a moment I fell in love with the brilliance of color balance. I like it, LOTS!

you can never know. live with it you funny monkey. nice work by the way.

He seems to really be fond of birds. Well whatever he wants the viewers to think is cool. I like it.

This art was well thought about before painting. It was very well thought out. I enjoyed this painting very much. 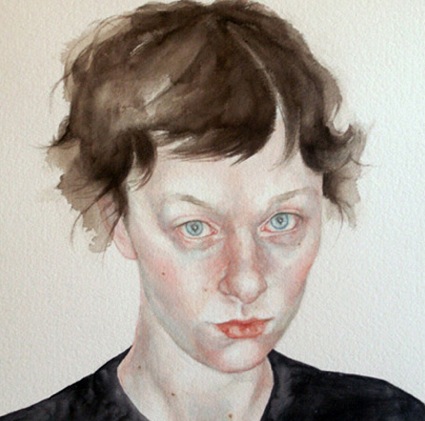 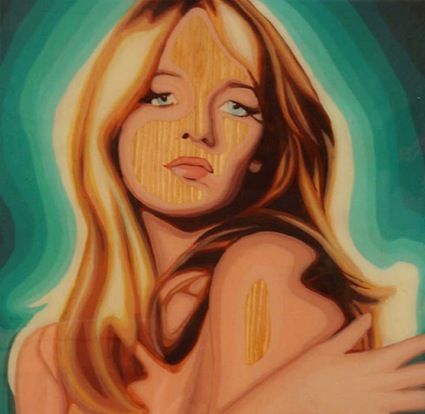