Save Bob to your Collection. Register Now!

It has been said that truth can best be told through exaggeration of humor. The edginess Bob Dob casts upon his woe some bad-boy characters lends a sardonic aura of humor and pain. ‘The moment,’ captured in a character’s frown, is echoed in perennial adolescent angst. He reaches across generations to communicate with the youth of today. His narratives depict figures in action as each character represents something we all want to be, say, or do, whether we’re five or seventy-five. It’s about the ‘shadow side’ we either lost along the way and have forgotten, or somehow exercise within ourselves on a daily basis.

Born and raised in Hermosa Beach, California, Bob Dob cultivated a taste for adolescent unrest early on, expressing his talent through music, playing guitar in a punk band named Lunacy. Transmutation from music to art was a natural progression for him. He currently works as a freelance commercial artist for such clients as Aflac, American Airlines, Village Voice, and ABC Family Channel. 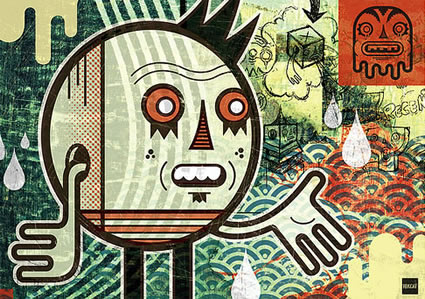 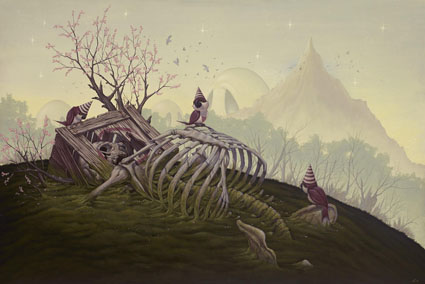