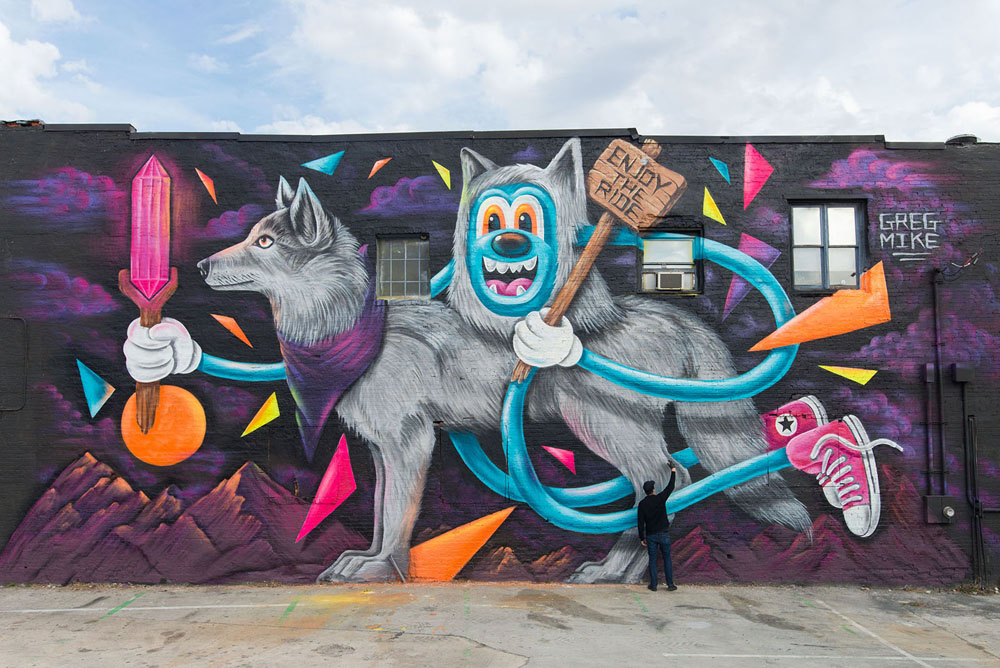 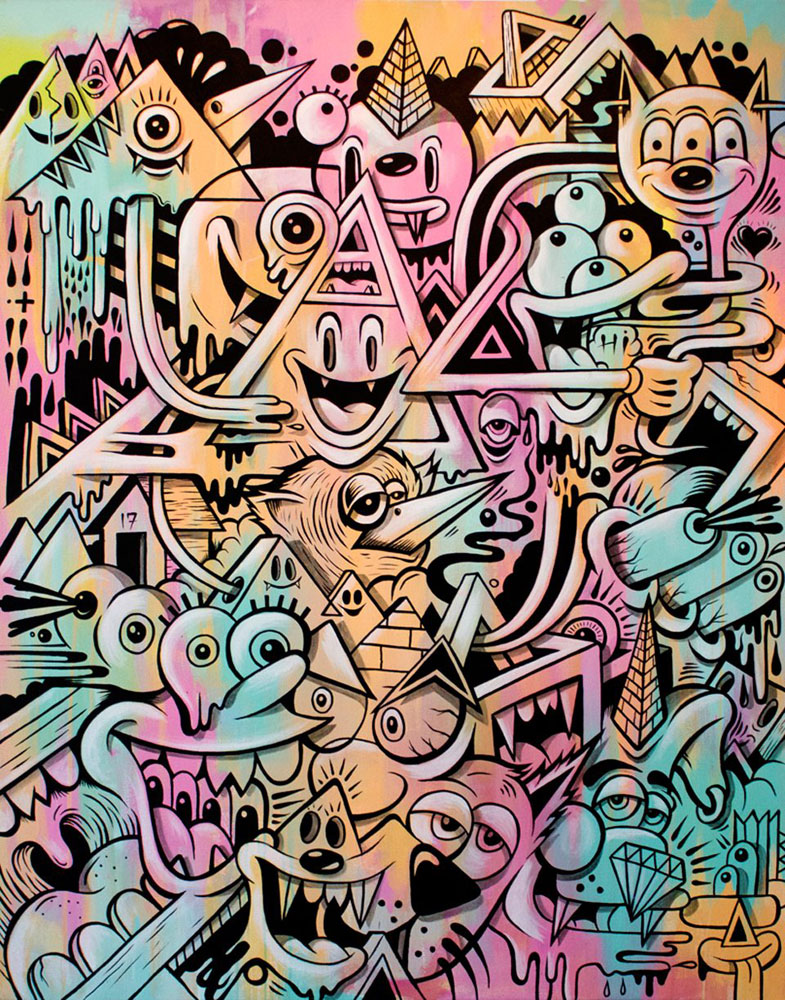 Born and raised in Connecticut, childhood trips to NYC in the mid-’80s exposed Greg Mike to the creative potential of reinventing public spaces through art and design. Always obsessed with the boundless energy and crisp line work of iconic American mid-century cartoons, by his early teens Greg began using the walls of his native state to fuse these two passions together. Mixing the take-no-prisoners bombast of classic NYC street art with the eagle-eyed precision of mass market illustration and animation has been his goal from the beginning. Further inspired by his deep involvement with skate culture and his intersections with the fashion world, he has become known for pieces that incorporate vivid explosions of incandescent color filtered through a Surrealist Pop Art perspective. Populated by gleefully twisted characters, his world is unsettling, mischievous and uniquely captivating. 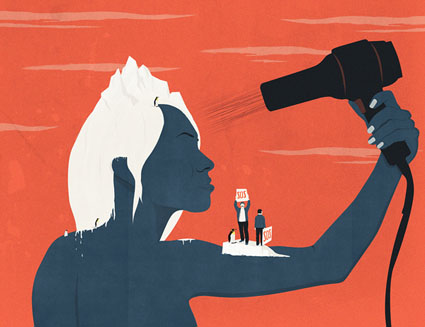 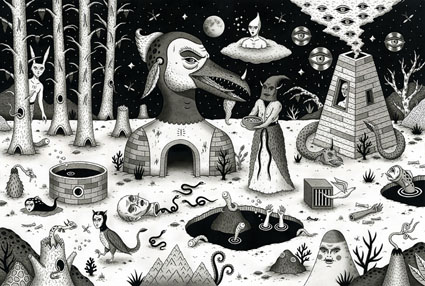