Save Eric to your Collection. Register Now! 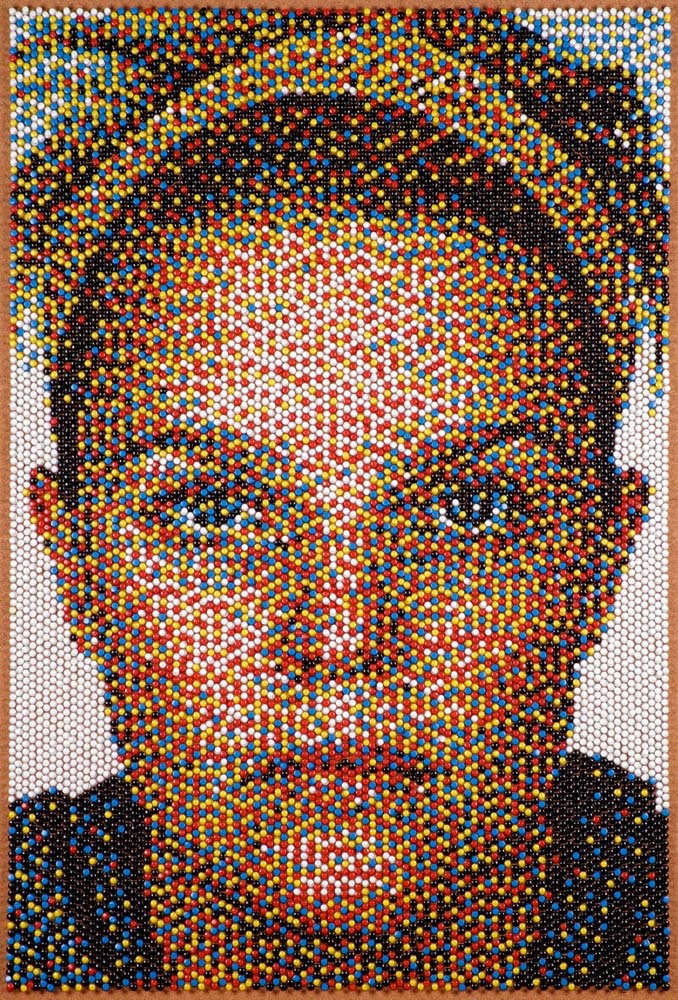 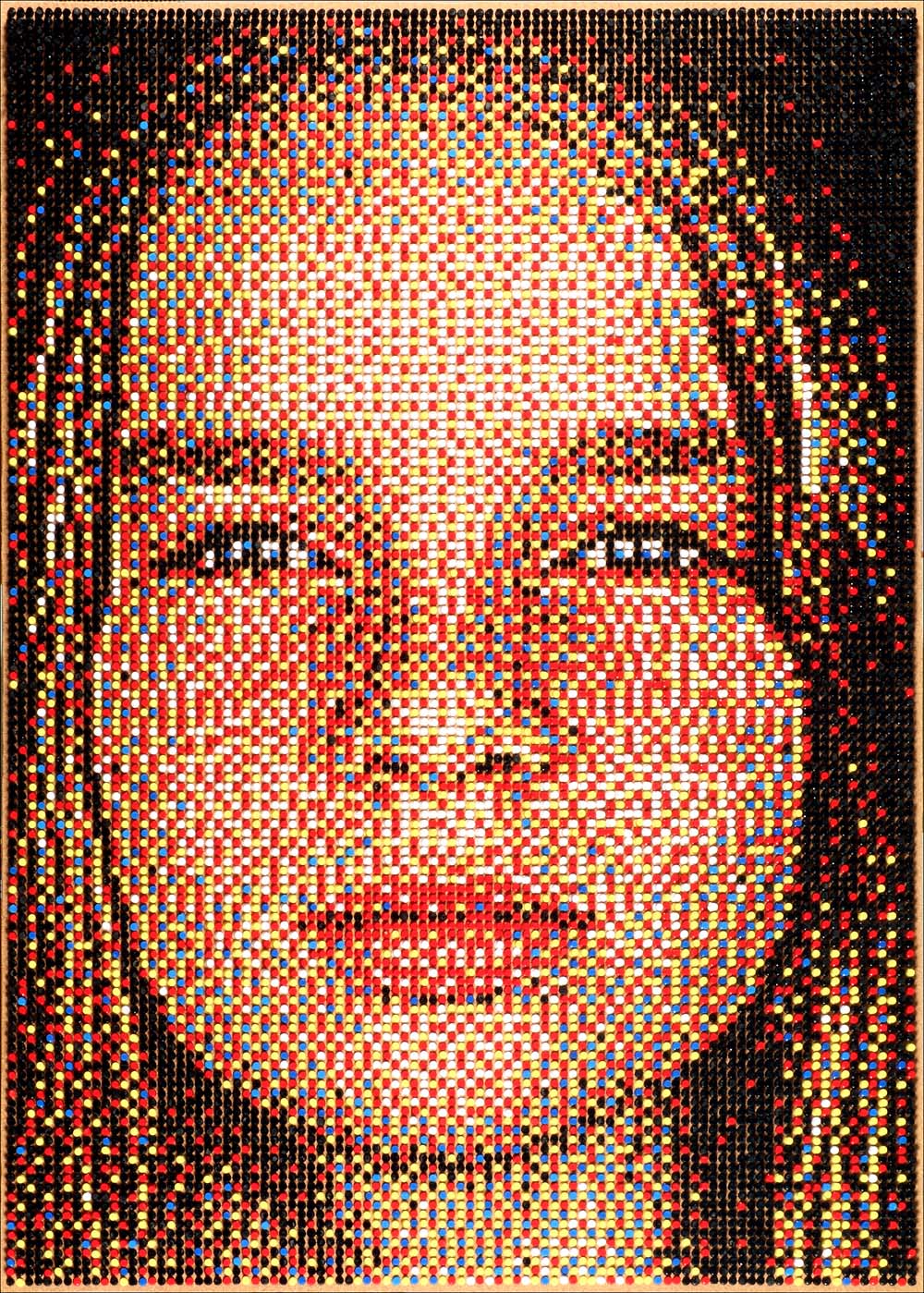 Using push pins, the innocuous, adhesive, near-detritus of our everyday Eric creates the view from here. His work is that rare arial perspective of the faces we see everyday, the vistas of common personalities, the longview of the human. You can stand up close, squint into the vacu-formed industrial sheen of some common object but such a perspective only argues the atomic structure of his work. As we pull back one quotidian reference morphs into another, objects become portraits, the pedestrian becomes sublime. Molecules, pixels, cultivated fields all speak to his medium. He starts with a flat 5 color cadence, all just rhythmic loops, then relationships form, a singularity shifts into subtle congress and depth and tones appear. We step back further and slowly, as if through the portal of some remote ship we suddenly recognize. That’s us. That’s me. His grids are pictoral DNA, a seemingly simple sequence that when sounded in its complexity reveals the honesty of the unreapeatable person.

Show all reactions
"This is like a mosaic work to a great extent"
"Wow, just wow. Innovative and interesting!"
"Wow, this must have taken absolutely ages to complete. Where does one start with something like this? Its amazing. I'm shocked of how so many limited colours can create something that looks like its loaded with different colours. A true work of art indeed, thanks for sharing."
"CBS Sunday Morning recenlty featured this artist, and his work. It aired 11/29/09. Like Eric's work, THAT is impressive!"
"The comment that this is not art but a math problem is ridiculous. Just because he utilizes a complex system of recreation doesn't make it any less worthwhile as a piece of art. You say he "recreated it exactly as it exists without changing a thing"? He most certainly did change it. He recreated it using an entirely different medium! The artist came up with a unique way to present an image that I have never seen done before. Similar methods, such as pixelation, have been done but this IS new. Sure it is similar to styles you may have encountered but again, this does not make it any less valuable as art. According to this logic, all of the old masters are worthless as artists because, frankly, a lot of their styles are very similar? Crap. The method, medium or even style should not dictate whether or not it is art. If he was just a photographer and presented his photos as his artwork, would this make it more legitimate? One response said: "I am sooo tired of seeing lame, anybody can do it, 'art'." An art teacher I had once made a statement that really stuck with me. During a discussion about modern art or something like that (maybe even Picasso, who was rumored to have signed his name to artwork done by his grandchildren), some students expressed that they hated modern art because "anyone can do that" or "I could do that, easy" or "a kid could do that", to which my teacher responded: "Yeah, well...you DIDN'T!" Regardless of how, with what or how difficult it was done, someone created something that can, and IS, generating an emotional response from viewers...and THAT...is art."
"While aesthetically it's not that pleasing, the technique is wonderful. And I thought we, as a species, had gotten past the whole "It has to be pretty to be art" concept. I admire his ambition, to limit his medium so strongly, and then try to work with it. It reminds me of an artist whose name escapes me, but she used ONLY black paint, and with the texture of her brush created lines that then created images, much like cross-hatching. Really, its impressive to take those five colors and be able to create the kind of tone and coloration he does."
"cool...not really impressed with the idea of push pins...but who cares...i am sure there are many who love it..."
"@Donna Russell... Create a piece close to or better than this and post the pictures... Until then, do not say that this artist does not put any passion or soul into their work... If the piece is easy to create is irrelevant... Art is always done with passion..."
"Hey Donna, Yea maybe this work doesn't display the skill of a master painter but to say this is "anybody can do it art" shows you lack appreciation for what modern art is. Yes everybody can physically assemble push pins, but not everybody can convey an idea through an interesting way. I think its kinda cool, so stop being a negative Donna all the time. If it's so easy, where is your work?"
"I like the paint by numbers analogy, pixelated picture and to much time on his hands, certainly no Rembrandt. More of a craft idea than a piece of art. Women in the neighborhood were I live have craft shows once a month, but I bet none of them will fetch thousands for there craft like this guy will. Although it did take patience, it's no more difficult than setting up dominoes in a pattern." 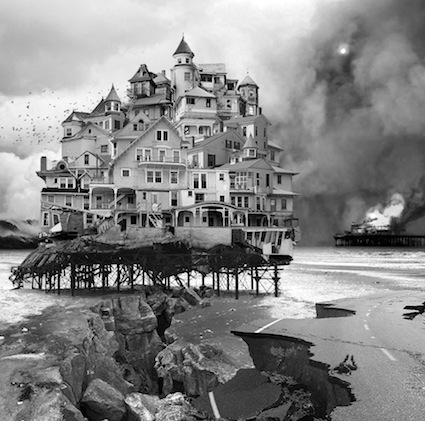 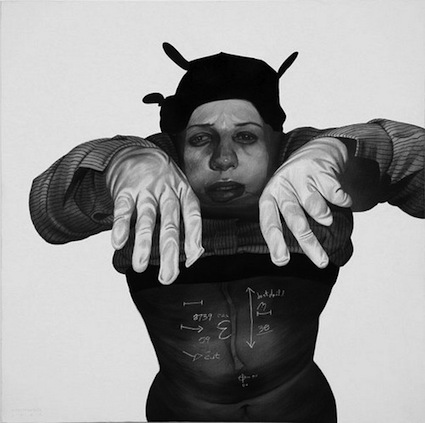