Save Scott to your Collection. Register Now! 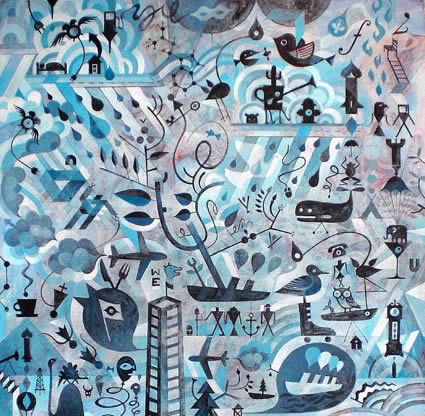 I like to view my work not so much as deliberate motivated action, but rather the natural consequence of my presence in the world.

My genre can be most closely compared to early 20th century surrealism, in that the landscapes and inhabitants of consciousness figure prominently as themes and also as guiding forces that shape my style. Unlike the surrealists, I avoid Freudian ideology for the most part, and do not view the ‘unconscious mind” as a useful concept.

Instead, my work is a means of establishing a personal vocabulary for experiences and feelings too particular, nuanced, or uncommon to have equivalent components in language. This personal glyphic milieu is made up of varied organic and biomorphic figures, entities, and worlds. The imagery may be vaguely associated with factual reality, but is more accurately classified as a visual representation of my reactions to reality, and my meta-reactions to those reactions.

I mean to bring to my work the disconcerting impossibility of knowing definitively if other people actually exist, and if they feel like me.

Show all reactions
"Heiroglphics, I love it!"
"Very well put together, love the color combo!"
"Busy style. Lots to look at in these artworks."
"i think this is an artist for which it is valuable to see his other works before making a judgment. the ones shown here do just look like unoriginal miro-picasso hybrids, but they seem to be the outliers in his overall appeal."
"love love love love it."
"this is VERY nice. i love how its all connected in some way it looks like it took a while. if i tried something like that it would take years!! and im the best artist in my school lol!!"
"I like the works, there's much to look at and think about. But I disagree with the artist's rejection of the idea that his work emerges from his unconscious. His explanation of his motivation sounds somewhat made up."
"Very well done.. love them both"
"its pretty. nothing really stands out, the objects just blend together"
"I extremely love both of these pieces of creative artwork. TWO THUMBS UP^^ DEFINITELY!!!!!I definitely love all the different shades of blue, black and white, Ohhh, how gorgeous;)Good luck in all that you do. I also like the picture of the woman to the right, she is captured very well..." 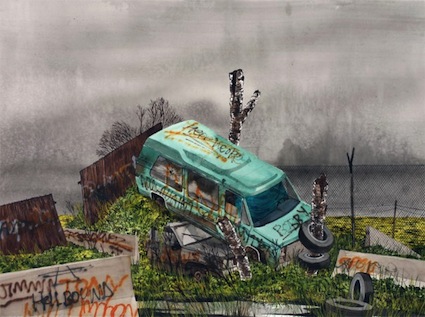