Save Ilya to your Collection. Register Now! 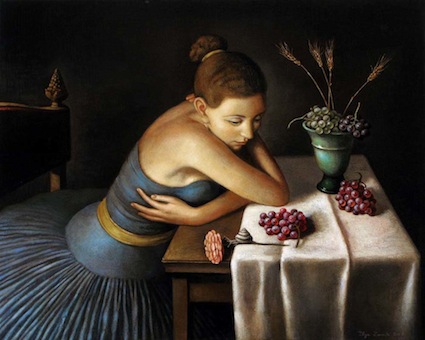 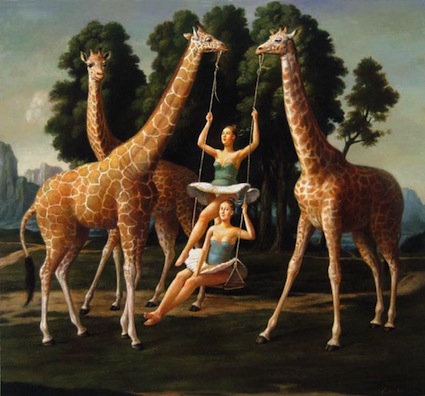 In the paintings of Russian-born artist Ilya Zomb, images of ballerinas, elephants, and gigantic fruits appear as if out of a dream, but the artist says it’s the everyday life in New York, where he lives, that inspires his flights of fancy.

Occupying the shadowy space “between the possible and impossible, the real and unreal,” Ilya Zomb’s brilliantly conceived, chimerical paintings lie at the elusive intersection of reality and pure fantasy. They are reminiscent of such diverse masters as Botticelli, Degas, and Magritte ‘ but perhaps one of the most intriguing aspects of this Russian artist’s work is that, despite myriad tempting comparisons, it remains curiously unique.

Zomb’s images can be incredibly theatrical, recalling the dream sequences often found in productions of dance, or the nature-defying feats of circus performers. At other times the scenes have a mythical, literary feel, and we can easily imagine them as sumptuous illustrations for a lost book of parables penned by the likes of Scheherazade. An intensely perceptive artist, Zomb never fails to account for the contradictory emotions provoked by the uncertainty of reality. His works are dynamic with an air of celebration, of a spectacular and opulent grand finale, while other pieces of his are poignant and meditative as a still pool.

Show all reactions
"extremely beautiful. i want to see the actual work. i am captivated by these paintings"
"pic b; blossom of feminine expression and thrill."
"pic a; appetite for the fruits of intimacy and romance"
"Extremely subtle and yet amazingly amusing work of definitely refined and profoundly great master. Thanks for your company in this ragged and never cease to surprise world."
"You can tell that its a painting but they're whimsical so I love them. It's an amazing take on life! It shows that you can make life fun and you can partake in it any way you want."
"Very beautiful work, such depth. Love the giraffe painting!"
"These remind me a bit of Botticelli's Primavera... if you go to the artist's site there are many with that feel. I think the style of the trees, the mountain landscape, the color and the composition all add to the mood but with whimsey too."
"Really lovely!! What an imagination."
"The strong light source sort of reminds me of Carravaggio. I also wondered if the fruit and snails were symbols of anything as the rotten fruit and lizard in Carravaggio paintings. For some reason the sky and trees remind me of a Lorrain or Poussin. Of course with Botticellesque women in Degas attire."
"Love!" 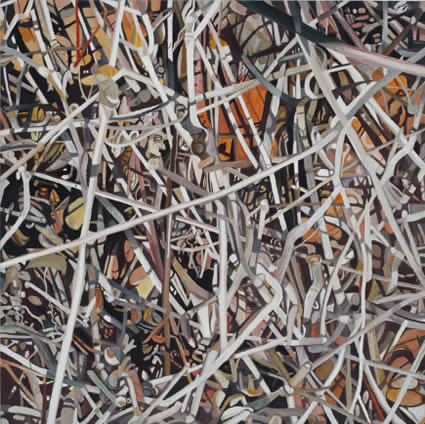 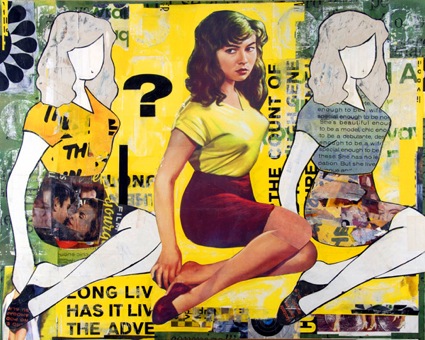