Save Osvaldo Ramirez to your Collection. Register Now! 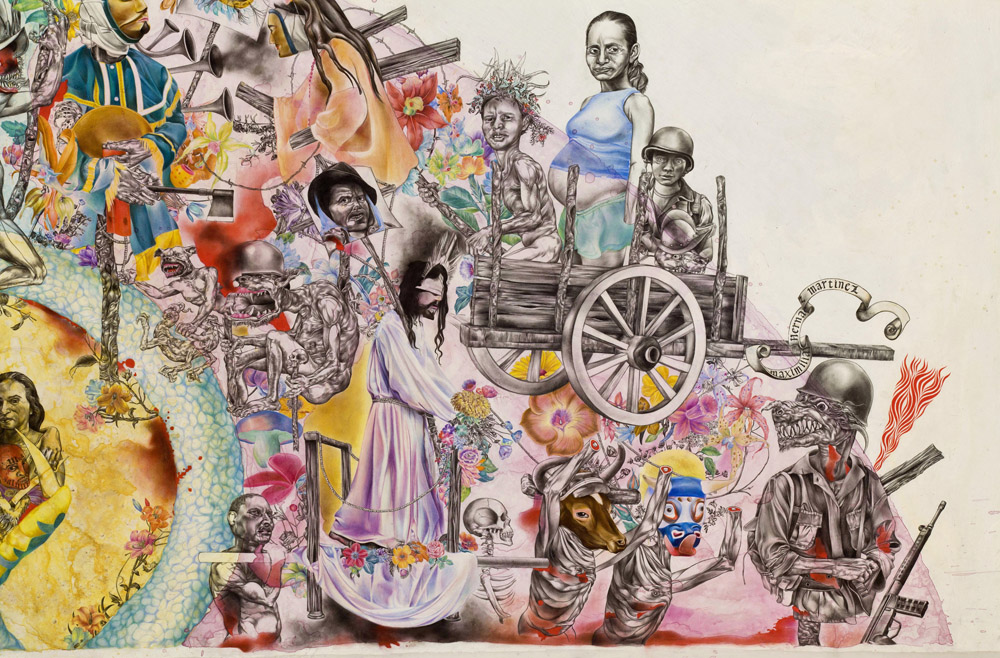 'My tyrant, my protest, my myth II'
Mixed media drawing on mylar 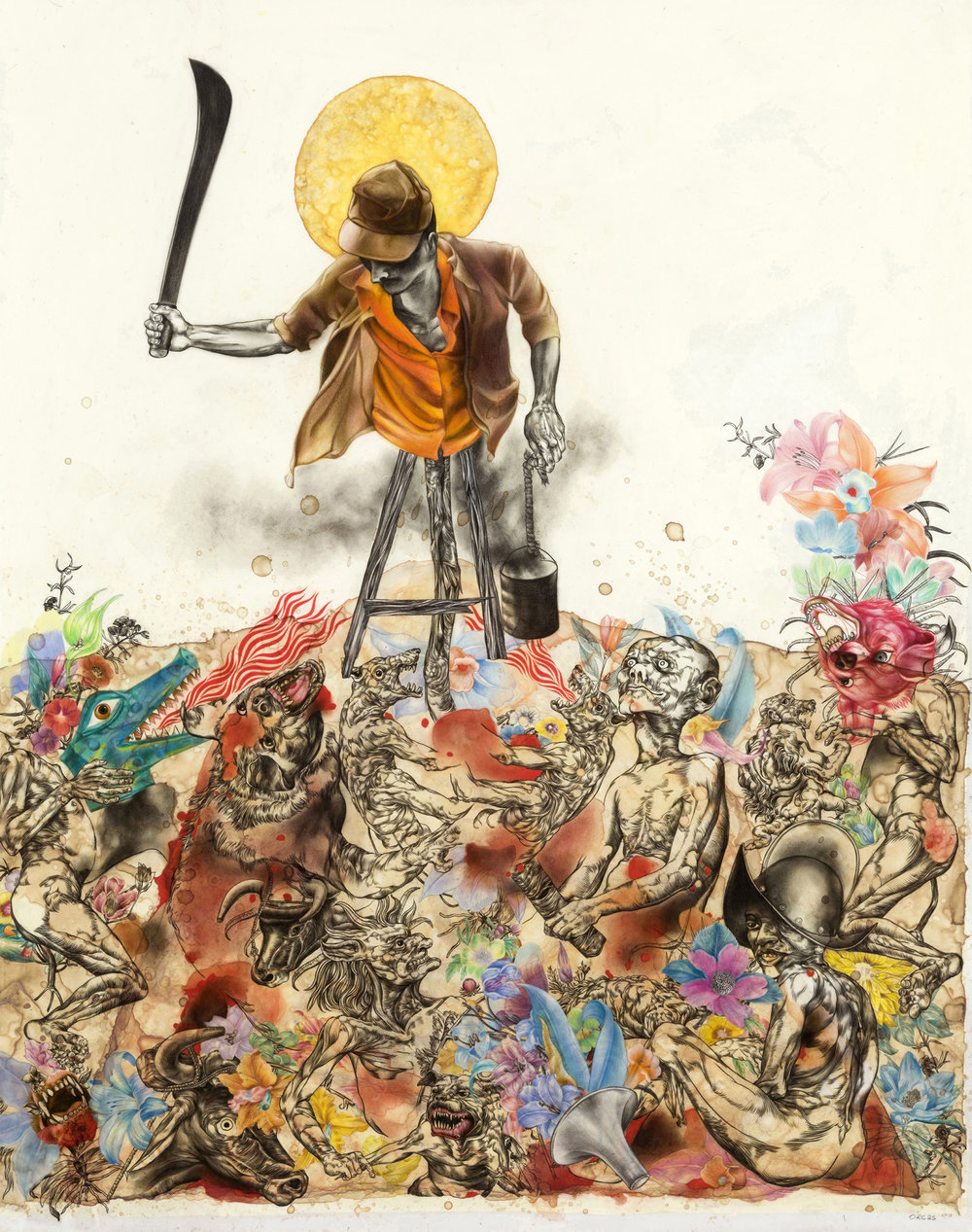 'Gaspar Ilom against the bestiary'
Mixed media drawing on mylar

Osvaldo Ramirez Castillo immigrated to Canada at age 11. He is a graduate of The Ontario College of Art and Design (2001) and obtained his MFA degree at Concordia University in 2008. He has exhibited extensively across Canada and internationally in venues such as The International Print Centre in New York, The Southern Alberta Art Gallery, MAI (Montréal Arts interculturels), Sur Gallery in Toronto, The Mexic-Arte museum in Austin, USA and Casa de las Americas gallery in La Havana, Cuba among others.

Osvaldo explains his work by saying, “Using drawing as a vehicle for storytelling, my ongoing body of work is a constant revision of historical, cultural and personal experience. The main concepts I revisit are issues of collective memory, historical trauma and cultural identity within a global context, explored through the possibilities of narrative. My work process is an intuitive construction of memory as a form of personal myth-making that casts political commentary, voices modes of resistance, and most recently speaks to a process of re- construction and healing. Originally from El Salvador, my drawn imagery deploys elements of pre-Columbian mythology, Salvadoran popular folklore and iconography sourced from historical and contemporary visual culture to revise and manipulate appropriated imagery into personal mythic narratives onto paper. In addition, I also situate the human body as a symbol and site for trauma in reference to personal and collective experiences of war and loss that marked El Salvador during the civil war years in the 1980\’s, – a time my family and I lived through, and as a result of which, emigrated to Canada. Over time however, the act of drawing has become a response to re- imagine memory as a place where myth and personal experience converge and reconcile.”

"Scary dog and interesting how it is paired w/ pastel soft colors and flowers soft and hard confusion." 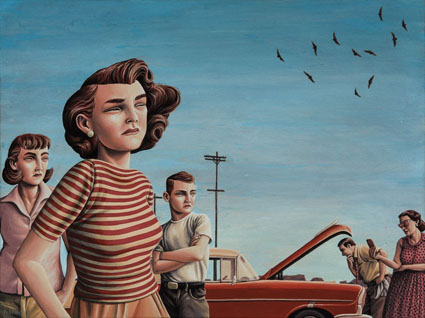 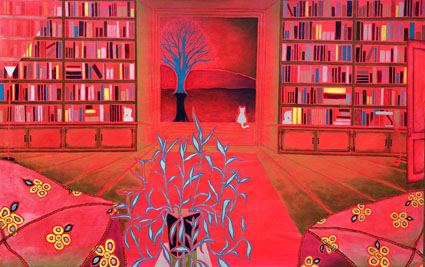