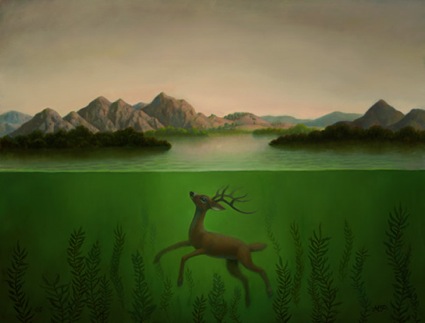 Marion Peck was born on October 3, 1963 in Manila, the Philippines, while her family was on a trip around the world, and grew up in Seattle, Washington. She received a BFA from The Rhode Island School of Design in 1985. Subsequently she studied in two different MFA programs, Syracuse University in New…

"These remind me of Ryden's works. I like it."

"peck & ryden's work are similar in style, because they are married. the two artists more than likely use the same objects as a source for their paintings."

"She is a great painter. Sadness and anger are the dominate feeling. Resignation and shock come to mind. A crazy mix with the skill and beauty with which she paints."