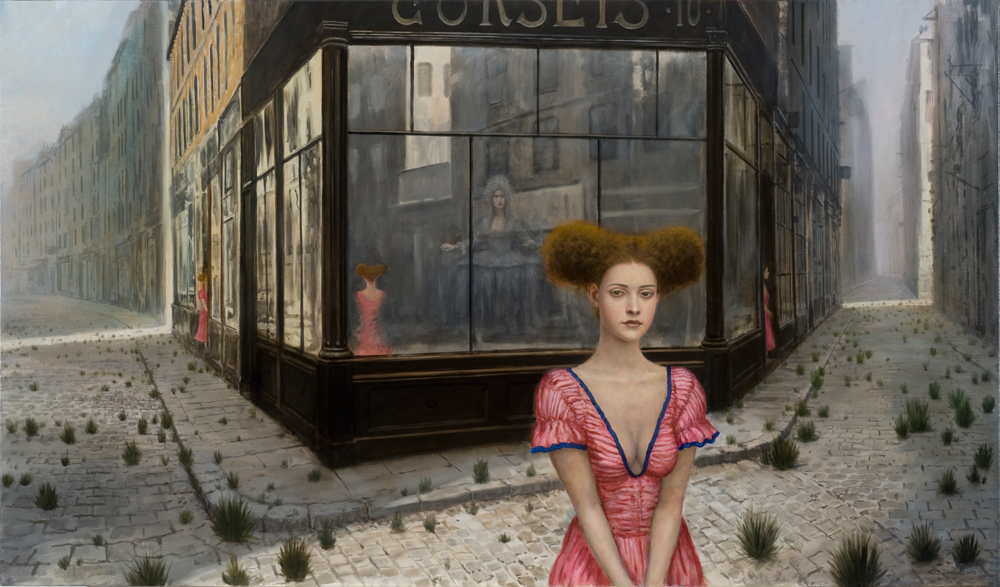 Mike Worall was born in Matlock Derbyshire, UK. He has been painting since the 1960s and is almost entirely self-taught. Inspired by the likes of Paul Delvaux and Max Ernst, Worall paints with the aim of recovering unconscious ideas. He is driven by the idea that painting involves a mystery element. Dreams and…

"A Period Drama reminds me of the old alleys in Philadelphia where the brick buildings from the 18th and early 19th century still stand. It's a subtle yet powerful detail. Nice work."

"I think this is scary but awesome I love the way this art has water in both paintings. When I saw it I said the place is flooded and I look at the other picture ans I said "THEY BOTH HAVE WATER IN THE"